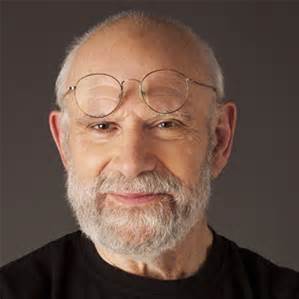 First, I realize that you’ve passed on. I was sorry to see you go, but you certainly made a good run of it. And I want to tell you I’m grateful for the work you did. I’m not alone; I read that you received 10,000 letters per year. So I figure this letter is as likely to reach you now as it would have while you were still living.

A note about this letter. Last summer, I was visiting my friend, author Deborah Reed, in Manzanita, Oregon. You would love it there—a wild and breathtaking place on the Pacific coast, though it’s not so good for swimming. Still, I could imagine you braving the frigid and turbulent ocean; riding your motorcycle for miles along Route 1. I was telling Deborah how much I admired you and your life’s work and what an impact it has had on my own path. Well, she said, you have to let him know! You have to write to him. Sure, I said. I should do that. Well you have to do it now, she implored. We both knew that your time on the planet was limited, from your essay announcing your terminal cancer in February. I resolved to write the letter. That day I bought your memoir, On the Move, and a new notebook made of recycled paper on which to write the letter, at Cloud & Leaf Bookstore. That was on August 28. Two days later, I awoke to the news of your passing. I was too late. So here we are. This is a lesson for me in expressing gratitude when I have the opportunity.

Now about me. In 1992, I was finishing my undergraduate coursework toward my degree in psychology, but I felt aimless, groundless. I did not find role models in the pages of my psych textbooks, which featured pictures of aged white men (no offense to present company) who offered their views about the workings of the human mind—none of which seemed connected to the realities I saw in my internship at a county mental health facility. The field of psychology felt outdated and horribly subjective. Although mental illness fascinated me, I could not imagine beginning a career as a psychologist based on that framework. The medical approach was no better—I saw psychiatrists doling out pills to patients with schizophrenia and severe bipolar disorder to control their symptoms with little understanding of how or why they worked, and no human connection to their patients.

Then I read Awakenings, your book about people living in catatonic or “frozen” states for years after surviving encephalitis lethargica, a mysterious disease also called “sleepy sickness.” Some patients magically “came to life” after you treated them with L-dopa, a drug for Parkinson’s disease that affects dopamine signaling in the brain. Here was a drug that did not sedate patients but rather brought them out of a years-long stupor. The patients’ story does not end simply and happily, but the book was a revelation to me. The story hinted at something objective, universal. Here was a framework for psychology based in the nervous system. Here was neuroscience. Everything I had learned before felt like it could be boiled down to opinion, but this! This felt more real. Although your tale was clinical, it hinted at the world in which neurons spoke to one another in coded chemical messages. A cell is a cell is a cell, I reasoned, regardless of one’s personality or upbringing. (How naïve and simple that notion was, I now realize!)

I launched into my lifelong study of the nervous system the next semester in a class called physiological psychology—neuroscience was not yet seen in the undergraduate course catalog. I was hooked; I spent another two years taking pre-med courses before moving on to a graduate program in neuroscience, where I learned how neurons use bioelectrical signaling to move all the information of the mind through the infinitely complex lump of greyish tissue that makes up the most complicated object in the known universe. I knew it then, and it has remained true: I would never grow tired of studying the nervous system. You said something to similar effect in a 1982 interview with your friend Lawrence Weschler, perhaps a bit more colorfully:

I ask him why he became a neurologist rather than some other kind of doctor. The question, to him, hardly makes any sense. “I mean,” he stammers, “obviously I became a neurologist rather than, say, a cardiologist, because there’s nothing for an intelligent man to be interested in in cardiology. The heart, I suppose, is an interesting pump, but it’s just a pump. Neurology is the only branch of medicine that could sustain a thinking man.”

Later, I came across something else you wrote, this time in Musicophilia, that encapsulates an idea that I had come to believe but had not ever heard articulated clearly before:

“…even the most exalted states of mind, the most astounding transformations, must have some physical basis or at least some physiological correlate in neural activity.”

This has become a central tenant of my beliefs: that however transcendent an experience—joy, love, sorrow, guilt, pain, ecstasy—they all are grounded in physical matter. I certainly don’t want to paint you or myself as reductionist, but this principle holds true even for the most divine or spiritual experiences: irrespective of whether a universal or divine influence is at work, there is a neural correlate to the human experience. And I find that not at all depressing, but quite liberating.

What made your stories so moving to me is that they are stories of people, of humans, not stories of a collection of symptoms or physiological readouts. The fact that you saw life inside those “locked in” patients, and that you fostered that life not only with drugs but with community and personal connection, is a testament to your humanity. That has perhaps had the greatest influence on me of all: to always look for the ways that my work is connected to the human experience. And for that, I thank you.

“When the writing is flowing, I am powerful and cheerful and can’t imagine it ever being otherwise,” he tells me as we set out on a walk along Riverside Drive. “And when the writing becomes blocked, I am crestfallen and palsied, and there, too, I can’t imagine it ever being otherwise. In either case, my visions of the future are at all times characterized by a spurious permanence.” 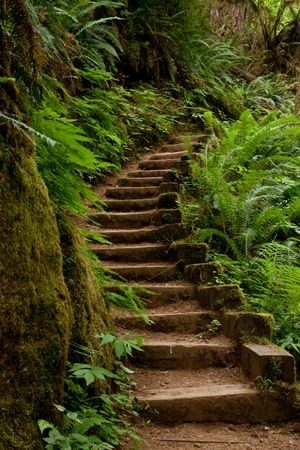 Twenty years ago this month, I set out for Oregon, and I stayed 15 years before moving back home to southern California with a PhD, a husband and two kids. Last month my family and I spent two weeks driving around the northwest, visiting our favorite people and places. One thing I miss about living in the Pacific Northwest is that it seemed easier, there, to get out into nature—even if you did need a rain poncho most days of the year. The Columbia River Gorge, Mt. Hood and the rest of the Cascades, the wild Oregon coast and the green hills of the Willamette Valley—they all lie within a couple hours’ drive from Portland. And laid out across Portland’s west hills is Forest Park, the largest natural forested area within a U.S. city. Like many Portlandians, I spent many hours hiking its muddy trails and bombing down Leif Erikson Drive on my mountain bike.

Places with more trees than people and more wildlife than street traffic are harder to come by here in the Los Angeles basin, where suburbs sprawl from Simi Valley to San Diego. And we’re not alone here—about half the world’s population now lives in urban areas, and that number is expected to climb to 70% by 2050. But wherever you live, natural places are worth seeking out. Research has shown that your mental health may depend on it: a rise in mental illness has been associated with urbanization. A walk in the woods, or even a park, has a calming effect on our minds and provides a much-needed respite from the constant barrage of stimuli that we all face today, particularly in cities. Yes, we all know that, but now researchers have shown it in a study published in July in the Proceedings of the National Academy of Sciences (PNAS).

The researchers studied 38 healthy subjects, who all took a 90-minute walk, either in a wooded area around the Stanford University campus, or on Palo Alto’s busiest thoroughfare. Subjects all responded to a questionnaire designed to measure rumination—you know, that thought process where you’re all wrapped up in your own story, the drama of how you were wronged, or how nothing seems to be working out. After the nature walk, subjects scored lower on the rumination test compared to before their walk, but the urban walkers saw no reduction in rumination. Brain activity also changed after the nature walk, according to brain-imaging scans taken before and afterwards. Those who walked in the natural environment had reduced neural activity in a brain area called the subgenual prefrontal cortex (sgPFC), which is thought to be the very seat of rumination and has been linked to risk for mental illness. Activity in the sgPFC did not change in those who walked in the city. The authors suggest that the new findings provide clues about the link between urban living and mental illness, and to the neurological benefits of nature. “Understanding the mechanisms by which nature experience buffers against the negative repercussions of urban life will help us better plan for an ever more urban world,” they wrote.

So wherever you live—get out there, even just for a little while. Take a walk in nature—your brain will thank you. 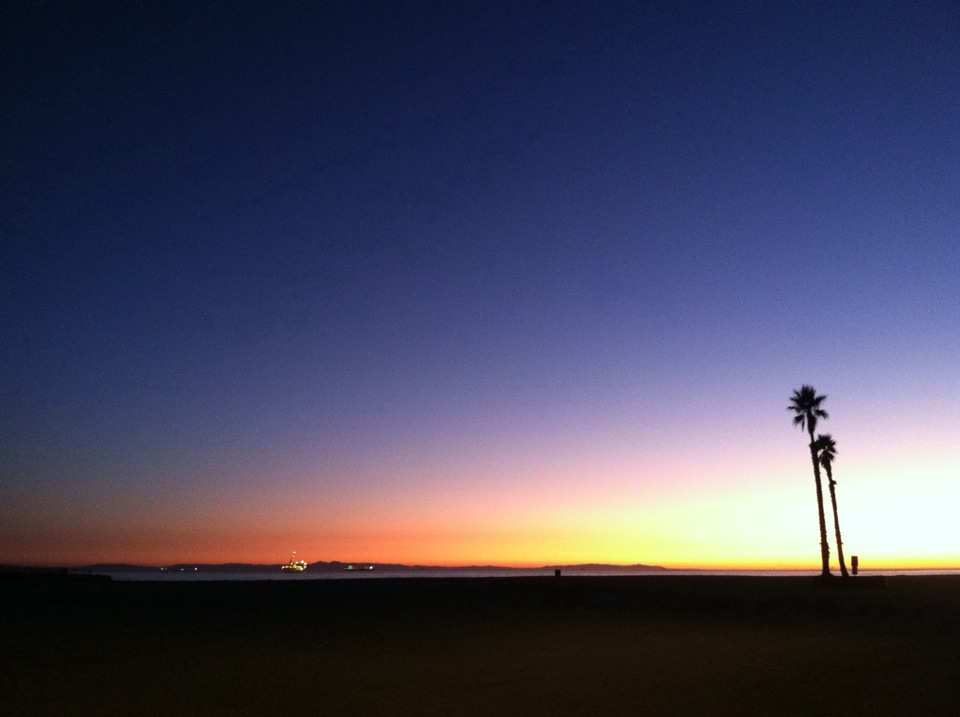 Welcome. This is my professional website–I’m a freelance science writer, a former bench neuroscientist, and a practicing yogi.  Please browse the pages of this site, including my Samples pages for the most up-to-date examples of my work. What exactly this page will look like remains unclear–whether I’ll start a “proper” blog or just make short posts about my publications. But my first priority is to stick to populating the Samples pages. The last couple of  years have been busy for me, and it’s time to take stock and catalog those accomplishments into this digital repository. As I systematically list and link these pieces of work, I’m grateful for the opportunities I’ve had, the science I’ve learned, and the people I’ve encountered. I’m also grateful to see the shift not only in my audience–growing wider–but also in the subjects I’m covering. I’m in a period of transition from writing primarily for scientists to people who actually buy magazines. In addition to some of my favorite topics–pain and sensory physiology–I’m also writing about neurodegenerative diseases. And I’m moving in new directions as well: contemplative practices, mind-body health, and yoga. So while I contemplate the future of this page, the Samples pages will continue to grow with recent work. If you’d like to get an idea of what I’ve been up to this year, please check out my Facebook page.